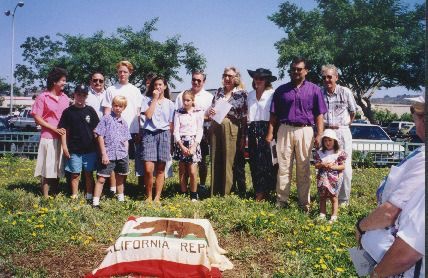 Charles Reyes Lugo, my father, was the youngest of eight children born to Mercurial and Rita Reyes Lugo on the local Lugo Ranch. My little brother and I could count on visits annually to the LA County Museum to visit the early Californio exhibits that included a portrait of ancestors like Don Antonio Maria Lugo, from whom there is a direct line. The Lugo family is recognized by the Pobladores as Early Californio settlers. As descendants, we developed a sense of pride in our Spanish history, which was enhanced by Culver City’s La Ballona Days that began in the 1950s. We were not limited to just one line in our ancestry, however.

Even in the early days, this land became what I call “an oasis within the urban metropolis.” And how do we know this? Local directories in early years listed names that were Asian, English, German, Spanish, etc. Although we celebrate our Hispanic history, Culver City developed from a rich, broader heritage. And what kind of food do we enjoy? We all know the names of a favorite taco stand, but then there are Italian restaurants, and Japanese and Chinese along with many others. We clearly know that we don’t have to limit our experiences by heritage!

Although I enjoyed visiting relatives on the Lugo Ranch as a child, it was not until my parents’ later years that I learned more about my father and his experiences on the ranch where he was born. He not only worked in the fields, and at the Lugo Ranch Stand, he also went to school and delivered fresh vegetables to locals. Included in their customer base were many Asian families who invited people like my father, a young delivery boy at the time, to sit at their tables and enjoy their food, where he became a chopsticks pro!

In his later years, Daddy began to share more stories about his youth. It came in very handy, especially when he was joining us for dinner. I kept chopsticks on hand and I will never forget the great memories made by a grandpa teaching his little granddaughter how to use them, as he told stories of growing up on a portion of Rancho La Ballona, which became Culver City.