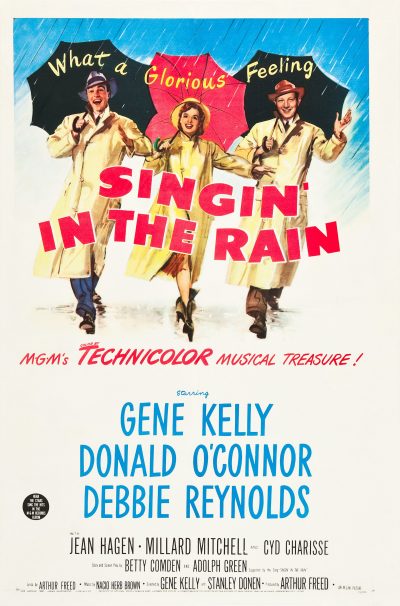 It was 1974 and I was 14 years old. I was visiting a security guard named Ken Hollywood, at MGM’s East Gate. He handed me a pencil and paper, saying “Two fellas will be coming out soon that you will want to meet!” And that was it.

Growing up in Culver City, I spent almost all my time on the back lots, either being chased, or just hanging out, watching as TV shows and movies got filmed. We were sharing stories together at this gate when, lo and behold, a Rolls Royce driven by Fred Astaire slowly rolled to a stop. Ken waved to Fred as we approached him with paper in hand. He graciously signed his name, shook my hand, and drove off.

When I thought things couldn’t get better, an old Chevy Impala appeared. I was not even thinking this was a star since his car was no better than my dad’s, but I did a double take and couldn’t believe my eyes — it was Gene Kelly! He yelled out to me, “Let me pull over so we can talk.”

“What was your favorite movie of all time to be part of?” I excitedly asked.

After a long pause he said, “The Three Musketeers.”

“That’s my favorite, too!” I exclaimed.

“All the athletic preparation needed to make it look real was more difficult than almost any of my dance numbers,” he added.

“I love that show. You look like you were born with a sword in your hand,” I said. “You’re very athletic, and I can’t help but admire your skill.”

He then shared his love of baseball. The Pirates were his team.

I told him, “When it rains we sneak into the backlot and dance on the same cobblestone street where you performed Singing in the Rain. Well, mostly we just splash and sing.”

I was probably blushing as I giggled, and then he smiled that wonderful, iconic smile.