As a (great!) tenant of the Veterans Memorial Building, we continue to adhere to their guidelines, so the Culver City Historical Society Archives and Resource Center remains closed.

We have been (safely) working hard inside the ARC during the pandemic, refreshing our exhibition space. We canNOT wait to welcome you back on our Sundays as soon as we are permitted! Please continue to check back for updates.

In the meantime, our online shop is always open. Content on our YouTube channel has grown, if you’re like us and history video rabbit holes happen. Driving or peddling around Culver City, reading our marked sites, is always a good time! #HistoryIsFun

The most iconic real-life Hollywood neighborhood to ever sprout up is located right here in Culver City. This street is named after film pioneer Thomas Ince. One hundred years later, this street is still the center of attention. Amazon is building a new state of the art studio complex on the footprint of this old filmmaking institution, rich with tradition, history, and flavor.

My first memory was seeing Batman and Robin, Batgirl, the Joker and Catwoman filming a scene together in front of the Plantation Building that was Desi Arnaz’s office.

Superheroes graced this neighborhood. Superman flexed his muscles prior to the “dynamic duos.” The Green Hornet became not just a hit show, but part of this neighborhood. Kato, the character played by Bruce Lee, lived right behind the studio on Van Buren. Many of the kids exchanged greetings with him going back and forth from school.

Ince Boulevard runs a very short distance to be packed so full of iconic film history. It’s paved now, but in its day dirt roads led you inside. King Kong in 1933 could be seen being made from the sidewalks outside the studio. In 1938, that set was burned down in Gone With The Wind.

Ince Boulevard was the hub of all the comings and goings on that night in film history. Neighbors old enough to have witnessed these memories share how every living creature that called the backlot home left in mass exodus during the Burning of Atlanta.

If you were at the main gate at the right time, anything could happen. Bob Crane was known to show many kids around Stage 13. Jim Nabors would hand out candy – cherry Life Savers!

The four-way stop on Lucerne and Ince could at any given time have Andy Griffith’s squad car, the Batmobile, the Green Hornet’s Machine, or Catwoman in her furry ride.

Just another day on Ince! 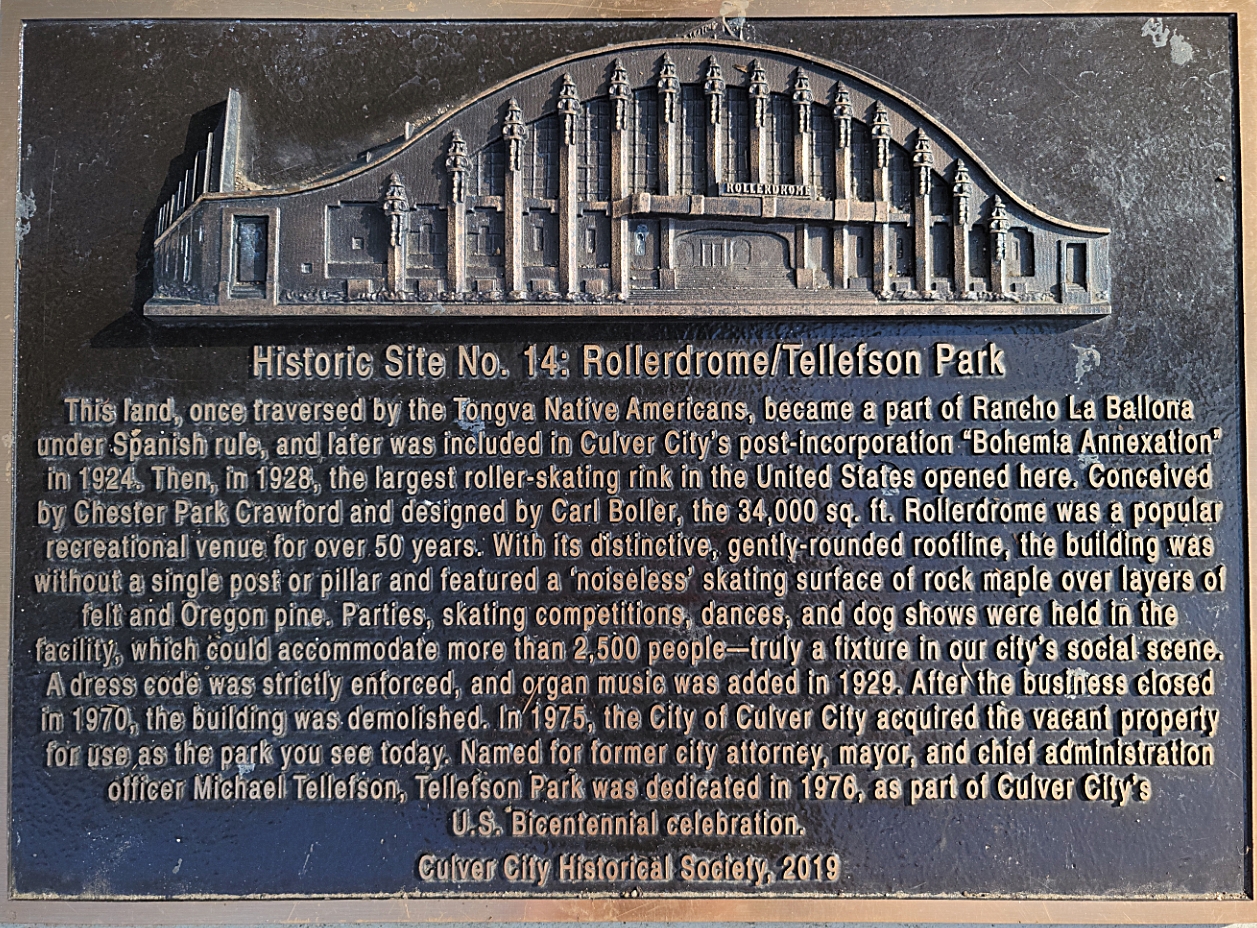 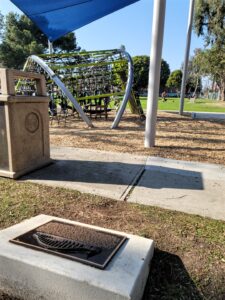 Under a Covid veil our historic marker was set in cement. Because of the pandemic it was unveiled with little fanfare. Thankfully, our markers outlast the speeches and applause and have become vital and permanent narratives, communicating our city’s history. As has been printed in several articles of this newsletter over the last two years the Rollerdrome was a social and recreational touchpoint in Culver City’s history from 1928 to 1970. The Historical Society is thrilled to mark the site at Tellefson Park with our 14th bronze plaque.

We look forward to a time when it is safe to gather as a large group in order to celebrate this marker and share memories of the Rollerdrome. Until then, we encourage you to mask up and take the people in your pod to read the marker at Tellefson. If your pod mates are of the younger set, they will enjoy the brand-new playground equipment.

Collaboration is crucial and we would not have a bronze plaque, on a cement block, in Tellefson Park were it not for our friends at the City of Culver City Parks, Recreation and Community Services (PRCS) Department and Hillside Memorial Park and Mortuary, with the leadership of our Historic Sites Chair (and City Historian) Julie Lugo Cerra.

Happy Spring to all!

It has been an exceptionally long year, and I am hopeful that we are moving toward some sort of normal and on a road to recovery.

After reaching out to you in January, we named a few positions that needed to be filled so that we could continue operations. We received an amazing response, with people asking how to get involved. This was the best news we had in a year!

Firstly, I would like to thank Emelie Gerard, our 2020 vice president of development and also former secretary, for her work with the Historical Society. It became necessary for her to step away for a little spell and hope she can rejoin us down the road. With unanimous support of the board, I am delighted to announce Denice Renteria as our new vice president of development. She has worked extremely hard as our costumes chair, and she has many wonderful ideas to implement over the next two years!

Secondly, as you are reading this, we have successfully printed our newsletter again. I want to thank Michelle Bernardin and Carolyn O’Brien, (Carolyn is one of our newest volunteers) for putting this together again. Like many, we were noticeably quiet last year, but we are back!

Which brings me to our General Meetings and Programs. After reading of the change to programs in our January membership renewal letter, member Clare Denk inquired how she could help. She has volunteered to bring us a program this spring (see front page). This will be our very first virtual program, and I hope you will join us as we present pieces of our city’s history in a very modern modality.

Thank you for your continued support,