The History of the Culver City Fire Department 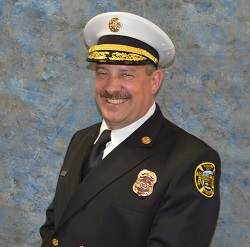 Very soon after Culver City was incorporated in 1917, the Culver City Fire Department was created to protect the city’s citizens and their property. Our program will feature Culver City’s Fire Chief David L. White who will speak about today’s Fire Department and offer a PowerPoint presentation of its history.

The public is invited to this free program.  The entrance to the ARC is from the back parking lot.

The Archives will be open that evening for you to come and see the latest exhibits. 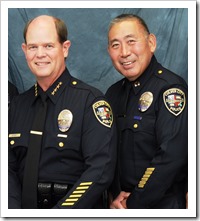 The Culver City Historical Society’s Fall General Meeting and Program will be held on Wednesday, October 21, at 7 pm in the Multipurpose Room in the Veterans Memorial Building at 4117 Overland Avenue, Culver City.

The public is invited to enjoy this free program. For information call (310) 253-6941 or send an e-mail message to info@CulverCityHistoricalSociety.org. The entrance to the Multi-Purpose Room is through the back of the building near the parking lot, and through the Archive & Resource Center space.

Lieutenants Traub, Augusta, and Kendra all sent in brief biographies, which we share here:

Tom Kendra was raised in Culver City and was a member of the first graduating class of Culver City High School in 1953. He earned an A.A. degree from El Camino College, a B.S. degree from Pepperdine University, and a Master’s degree in Public Administration from USC.

He married his high school sweetheart, Marilyn Putnam in 1953. They presently live in Oceanside, California.

I graduated from Culver High School, class of 1955.
I was first employed by the City of Culver City in 1956, delivering mail in City Hall and later working in the tool shed at the City Yard.
In April 1960 I was hired by the Culver City Police Department. During my tenure there, I worked many different assignments including the Detective Bureau, Juvenile Section, Traffic Section, Personnel and Training, South Bay Burglary Team and my last assignment was the initiation of the D.A.R.E. Program in the Culver City elementary schools.
I retired in 1988 having earned the rank of Lieutenant.
Following my retirement, I worked 14 years for GTE/Verizon Communications, managing the workplace Drug Program and later managing the National Fraud Investigations unit.

After graduating from Venice High School he completed an enlistment in the Air Force before joining the Culver City Police Department in 1954. He worked a variety of assignments and rose quickly through the ranks to Lieutenant. He resigned from Culver City after sixteen years to accept a position as Chief of Police of the City of Placentia in Orange County. After ten years in Placentia he resigned to be appointed Chief of Police of the City of Orange. He retired after serving for five years with Orange and subsequently served as Interim Chief of Police and Acting City Manager of several cities throughout Southern California.

He received an A.A. Degree from Santa Monica City College, a B.S. Degree from Pepperdine University and an MPA Degree from the University of Southern California. He is a graduate of the FBI National Academy and numerous executive development courses.

Since retirement from law enforcement, he has been the President of Norman A. Traub Associates, an organization specializing in workplace investigations. He presently lives in Yorba Linda with his wife, Robin. 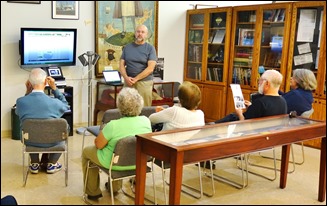 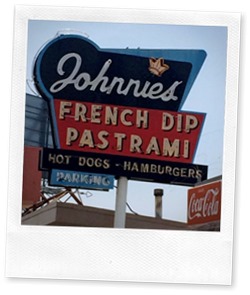 The Culver City Historical Society invites you to hear the story of Johnnie’s Pastrami on Wednesday, July 15, 2015, at 7 p.m. in the Rotunda Room in the Veterans Memorial Building at 4117 Overland Avenue, Culver City.

Do you remember where you were in 1952? The favorite TV program was “The Jackie Gleason Show,” the favorite song was “All of Me” by Johnnie Ray, and on the corner of Washington and Sepulveda there was a not so famous restaurant called Johnnie’s that would later become Johnnie’s Pastrami! Today that restaurant is a Culver City icon. People come from near and far to eat at this establishment.

Who is Johnnie? Did they have a reason to pick this spot? Why are those pickles are so tasty? Do you remember sitting outside with the fire pits eating or playing the juke box from your favorite booth? These questions and more will be answered through a PowerPoint presentation and discussion of this well-known eatery. Door prizes be given and there will be a 50-50 raffle. The public is invited to enjoy this program. Bring a friend and your stories to share with the families of Johnnie’s Pastrami. Free parking is available in the lots surrounding the Veterans Memorial Building and across the street at the Mayme A. Clayton Library and Museum, at 4130 Overland Avenue and in the lot north of this facility.

The Archives and Resource Center will be open for viewing after the program. 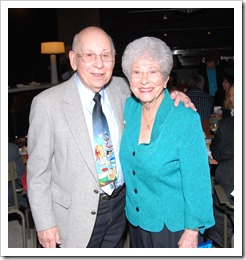