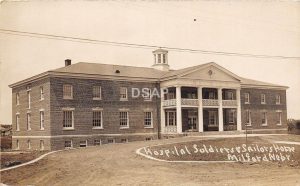 Last spring during my visit to Milford, NE, the birthplace of Harry Culver, I was drawn to a brick and stone building that used to be a hospital. Upon further investigation, I learned it was part of a larger campus of buildings that housed and supported unwed mothers at the latter part of the 19th century, and lo! Harry’s father, Jacob Culver, was the home’s early proponent!

In 1884, a philanthropist from Omaha named Mrs. Francis Clark began crusading to change the age of consent for girls from the age of 12 to 18. She petitioned the Nebraska legislature to establish an “Industrial Home” for unwed mothers. As legislatures do, they compromised, and set the age of consent to 15. The term “industrial” as it related to industrial schools, enabled “needy children to learn a trade, and home industries are taught.”

The unwed mothers’ housing proposal gained momentum when Jacob Culver, Adjutant General of the Nebraska National Guard, entered the conversation and convinced the city of Milford to donate 40 acres of land a mile east of the city, just south of the railroad. 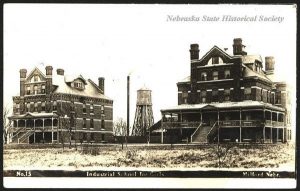 In 1887, $15,000.00 was approved by the State Legislature to establish an institution for 50 “penitent girls who have no specific disease… who have met with misfortune… and thus prevent crime.” Two three-story, 25-room dormitories were built to house the mothers, and included steam baths and a library, along with a powerhouse, cattle barn, and laundry. Doors opened May 1, 1889. Newspapers noted that it was “the only state-supported maternity home in the nation. 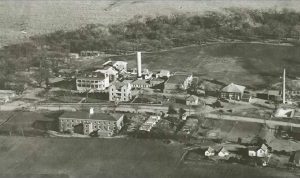 ”The Industrial Home lasted a little over 50 years when, in 1943, Governor Dwight P. Griswold suggested that the Industrial Home be abolished, and services transferred to the University Hospital in Omaha, leaving the buildings and land for public use.

Stayed tuned to the finale in our winter newsletter!