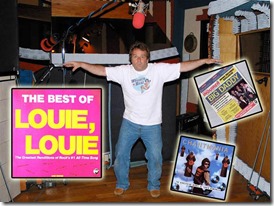 Bob Wayne, owner, director and chief engineer of Sunburst Recording Studio in Culver City, will share his experiences in the music and recording business at the general meeting of the Culver City Historical Society on Wednesday, October 20, at 7 p.m.

Wayne’s work encompasses a wide array of media (music, film, television, spoken word) and diverse genres (jazz, swing, rock, folk, comedy and children’s). He has worked with national artists, has lent his musical production talents to many feature films such as Election, Swingers and Guess Who and has brought his artistry to record labels and commercial music houses. One of his most recent recordings is the music for the Sony Entertainment/Happy Madison feature film Just Go With It, to be released in February 2011, starring Jennifer Aniston, Adam Sandler, and Nicole Kidman.

He will give a virtual tour of his studio, a demonstration of some of his recording methods, share stories about the celebrities he has recorded, and display some of his LP and CD covers.

The public is welcome to enjoy this free presentation and students are encouraged to attend. The meeting will be held in the Multi-Purpose Room in the Veterans Memorial Building at 4117 Overland Avenue in Culver City. Entrance is through the back of the building near the parking lot and through the ARC space.