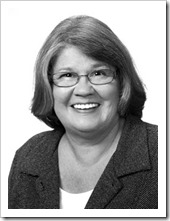 Culver City just turned 91 this past month, on September 20th. I was going through some of the early printed material and guess what they advertised? First, location, of course – between Los Angeles and the beach city of Venice.

Some of the verbiage is fun to read, like, “Culver City is the hub of a wheel with fourteen spokes – each representing an artery of travel….. It is the logical business and residential center between Los Angeles and the Pacific Ocean…..”

“The beautiful Baldwin Hills form a picturesque background for the entire Culver district….. The most cosmopolitan thoroughfare in the United States – Washington Boulevard – passes through the center of Culver City. The tourists of the United States and of the WORLD travel over the Boulevard, through Culver City en route to Los Angeles’ Beaches…..”

There are other phrases that would probably not be used today as positives, like “250,000 pass through Culver City every week in automobiles; an average of 5000 motor cars pass daily……”

City history is unfolding in the Culver City Historical Society Archives and Resource Center (ARC). Stop by and enjoy some of our treasures, including Harry Culver’s printed ads from “the olden days” (“Free Excursion” – 1913).

The City of Culver City is proposing a new Historic Preservation ordinance. This is in the process of being discussed by the Cultural Affairs Commission, and then it goes to Council. We will be offering comments to the city.

Thinking ahead, next year is the 70th Anniversary of the release of some very important films like The Wizard of Oz and Gone with the Wind, classic films which were made by our local studios. There is also a Victor Fleming biography by Michael Sragow due out in December, 2008. We are working on an event/book-signing with Mr. Sragow in January, 2009.

The Society is continuing to uncover photographs of City officials for the City Hall gallery of official photos. We’ve recently discovered a photo of Thomas Carroll who was a councilman in the late 1940s to early ‘50s. We still have a good amount of council members to find, so if anyone should have or know of such photos, please contact us at info@CulverCityHistoricalSociety.org or call 310.253.6941.