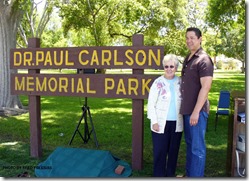 The unveiling of the marker at our first park in Culver City was supported by the attendance of more than 100 locals, including local officials, members, neighbors and city staff.

Mrs. Lois Carlson Bridges, the widow of Dr. Paul Carlson, made the trip from her home in the San Diego area, and gave the invocation, which certainly enhanced the ceremony. She was accompanied by David and Polly Brown. David, a 1961 Culver High graduate, had suggested the marking of the park some time ago, so people would know about the man for whom it was renamed in 1964. 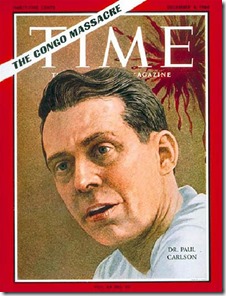 Since the Society has traditionally told the story of each site from early times, we wanted to make sure we had as much information as possible. The research, mostly done within our ranks, was supplemented by Lois and David as well.

Marking historic sites was one of our Society’s first programs. This makes an even dozen! How does it happen? Our bylaws read:

Historic Sites Committee [is] “responsible for establishing the historic validity of sites proposed for marking for designating historic sites, and for arranging historical tours.”

Each president appoints a Historic Sites Chair, which is confirmed by a vote of the membership. Members are then asked and volunteer to serve. The president serves in an ad hoc capacity.

Traditionally, the Culver City Historical Society’s practice has been to place very informative plaques intended to educate those who view them. We tell more of a story, and we show the name of the site, site number, give the history of the site, and end with the Society’s name and date, or season and year. Cost is a function of the size and number of letters. 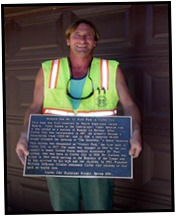 The marking is a festive public gathering, attended by locals and their elected officials. The marker is covered after installation generally with plastic or paper until the day of the unveiling.

On the day of the unveiling, the marker is covered in cloth. In the early days, the cover was a handmade California state flag loaned to us by our Madrina, Clarita Marquez Young. Later, depending on the site, plain fabric or in the case of Camp Latham, bunting was used.

Depending on the site, the owner may host a reception, or in the case of the recent park marking, it was an opportunity for everyone to bring a picnic.

Who was involved in the marking of HS #12? Historic Sites Committee: Joy Jacobs, Marion Feingold, Stu Freeman, Bill La Pointe, Pam Robinson and myself. Pre- and post-publicity (Joy Jacobs) were integral to the success. Newsletter Chair/Editor, Judy Stangler, worked on newsletter coverage and the invitations, and Hope Parrish broadened the research from her notes in early newspapers. For this event, we wanted to invite the neighbors, so Joy Jacobs, Fred Yglesias and Stu Freeman hand-dropped invitations around the park.

Kemp Monument Company is now in its second generation of ordering our plaques from the foundry. City Departments involved: City Clerk’s office, during the research stage; Parks and Recreation and Public Works were great to work with on the installation. Public Works made the monument and installed the marker in the concrete, and Parks and Rec. took care of the PA, flags, podium, reserving the park and other amenities.

Our official photographer, Fred Yglesias, with help from CCHS members like Kevin Lachoff, made sure we had a photo record of the event so Museum Chair Winston Gieseke could provide photos for post publicity.

Special thanks to CC Mayor Christopher Armenta, Councilmembers Jeff Cooper, Scott Malsin and Andy Weissman, who attended along with city commissioners and Pam Robinson and Bill and Kaye LaPointe. 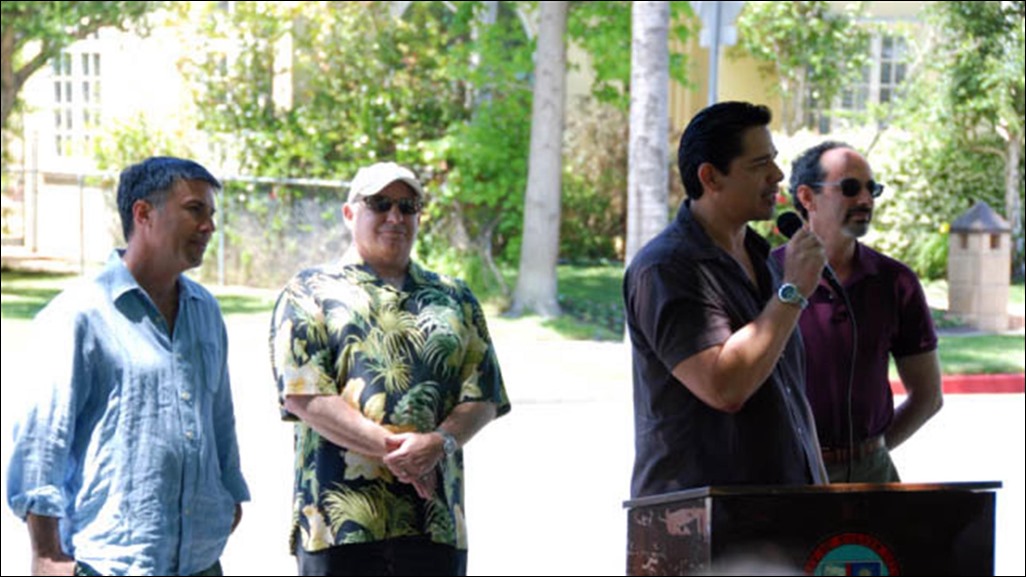 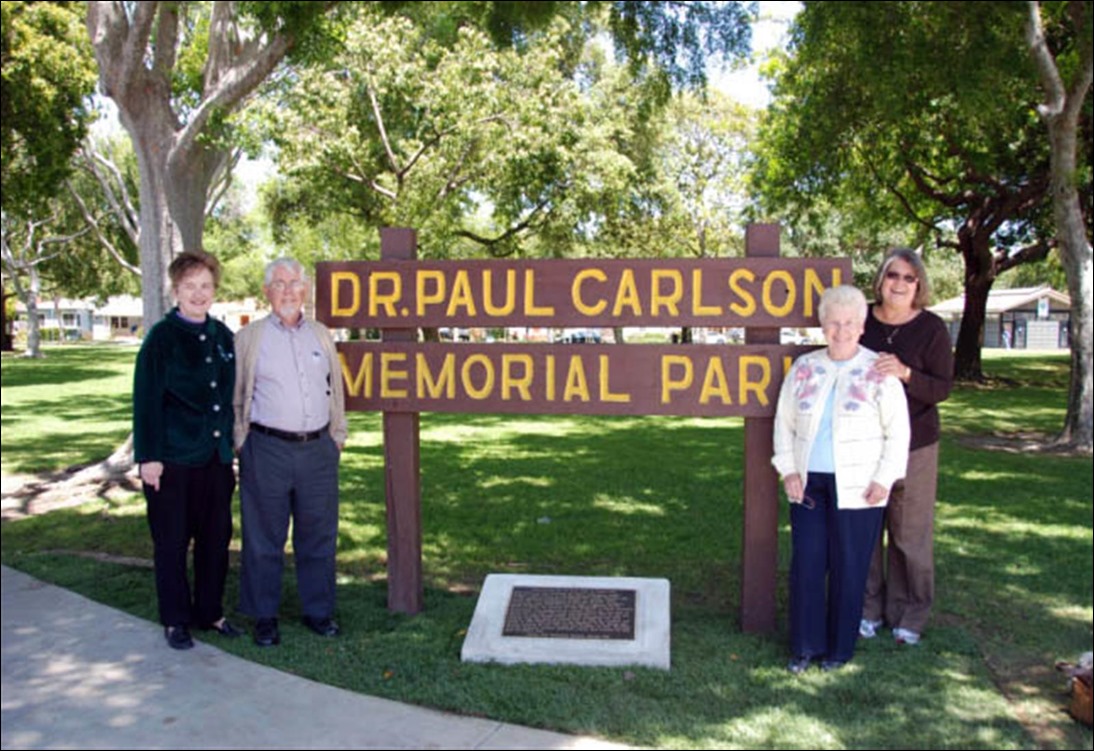 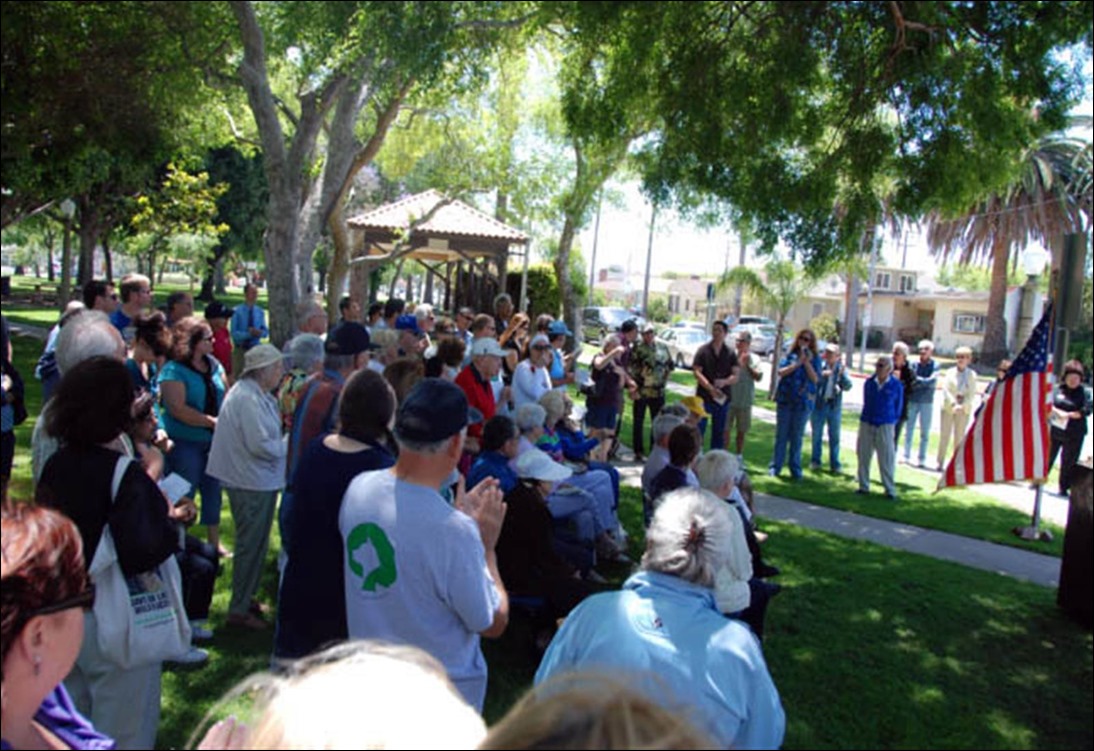 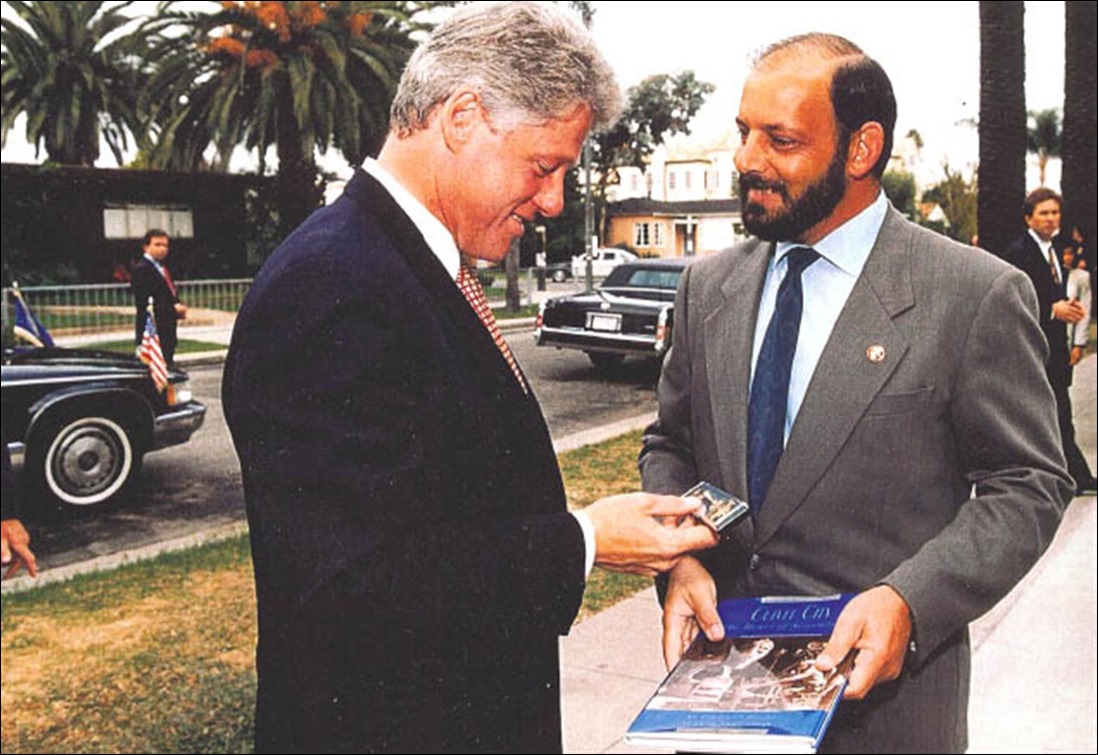 Don’t miss the special exhibit at the ARC of the research and story of Historic Site #12 – the “First Park in Culver City.”