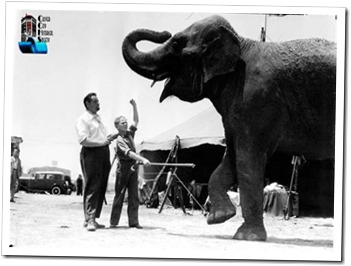 Things are shaping up nicely this summer at the Archives & Resource Center (ARC).

Martha & Sol Sigall have recently completed an extensive project organizing the Society’s collection of MGM production photos. Extra special thanks go to Society member David Pelayo for providing an important piece of this puzzle in the form of a list of film titles that corresponded with the studio’s original production numbers.

(Above: From Nancy Draper, daughter of Rufus Harrington: This photo looks to be of a young Jackie Cooper learning how to “train” a large elephant. Bill & Madelyn Hann were kind enough to present it to the ARC on Nancy’s behalf.)

As part of this project’s second phase, Jeanne Conklin and Tami Eskridge have begun cataloguing these valuable sets into the ARC’s database.

Additions to the ARC’s Collection

In addition to his valuable contribution to the production photos project, David Pelayo has generously donated an enormous 1962 MGM banner created to promote the studio’s remake of Mutiny on the Bounty. Adding to the photo collection of Rufus Harrington, who was in the MGM art dept & also active in the American Legion, his daughter, Nancy Draper, presented additional photos to this wonderful resource (see photo above).

Below: Fred Machado, looking at a photo of the original “Speedway” which was replaced with Culver City’s “First Park,” renamed “Dr. Paul Carlson Memorial Park” in 1963 and marked as the Culver City Historical Society Historic Site #12. 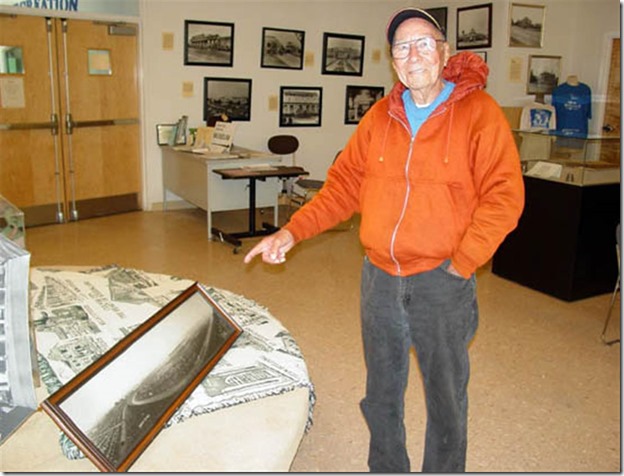 Below: Selma and Stan Abrams, Stu Freeman and Society VP of Programs, Steve Fry, visiting the ARC after the April 21st general meeting. 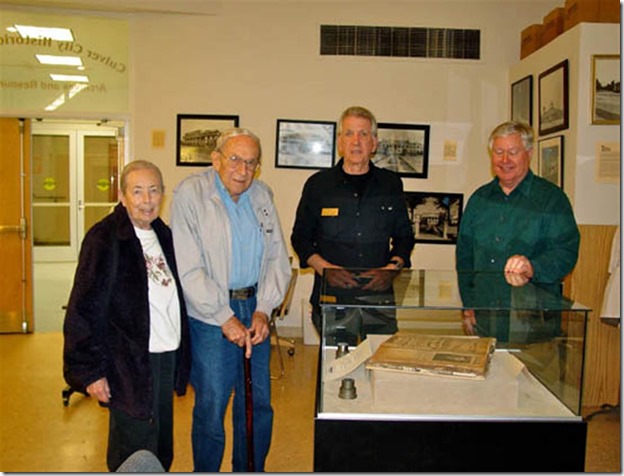 As always, the ARC will be open to the public on the first and third Sundays of each month as well as by appointment. We look forward to seeing you there. If anyone is interested in volunteering, please drop us an e-mail.