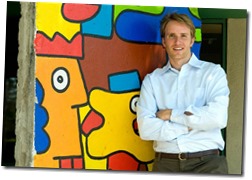 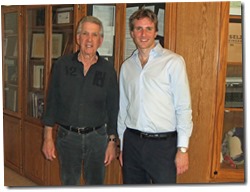 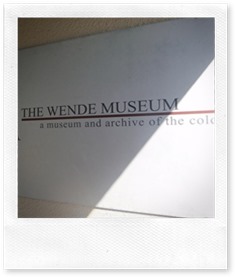 Justinian Jampol, Founder and Director of the Culver City based Wende Museum and Archive of the Cold War, is the featured speaker at the Culver City Historical Society’s general meeting on Wednesday, January 19, 2011 at 7 p.m. in the Multipurpose Room in Veterans Auditorium. The Wende Museum preserves the cultural artifacts and personal histories of Cold War-era Eastern Europe and the Soviet Union to inform and give understanding of that period and its legacy. Jampol will describe the collections and artifacts, the Berlin Wall Display and the purposes and goals of this museum which was established in 2002. More information about this museum can be seen here.

The public is invited to enjoy this free program and students are encouraged to attend. The CCHS Archives & Resource Center (ARC) will be open following the meeting. Entrance to the meeting is through the back parking lot of the Veterans Memorial Building at 4117 Overland Avenue in Culver City.

For more information, please call the Society at (310) 253-6941 or inquire by e-mail at info@CulverCityHistoricalSociety.org. Also, check back here for updates.