The Culver City Historical Society, like most non-profits, was established for all the right reasons! The effort was led by former Fire Chief and Mrs. John Kearney, Parks and Recreation Director Syd Kronenthal, and many others like Clarita Marquez Young, (our Madrina), Frank McCann, Cathy Zermeno, (first president), Charles Lugo, Rusty Kostick, Esther Tarn, and a host of others who have taken leadership roles over the years. Their motivation and selfless gifts of time and energy continues to preserve the incredible story of people who brought Culver City, the Heart of Screenland to life and renewal.

Volunteering generally brings good feelings from our work. One of my early experiences in the Historical Society, which encouraged me, started with a call from a gentleman who found an oversized “book of clippings” about a man named Harry H. Culver! The church, where it had been found, wanted to return it to its rightful owner. My husband was happy to take it on as a “family adventure” so we picked it up miles away. It was, as we hoped, the big book of clippings on our city founder.  Harry Culver’s daughter, Patricia Culver Battle, spoke of it as one of her family’s treasures, the book that had a special place in their Wallace Neff-designed mansion in Cheviot Hills. Sadly, it had been stolen and was never recovered.

That day trip out to the Inland Empire yielded gold! It was just as Pat described it, a huge book which recorded the Culver family’s incredible year, flying across the country so Harry H. Culver could personally, as president of a national real estate association, deliver his message of the importance of responsible real estate development.

The Society board decided to keep this secret, until Patricia Culver Battle could attend a meeting or event. Our expectation was that she would take it home to keep it safe for posterity. The evening arrived and yes, it was a teary surprise, and when we “unveiled it,” Pat was absolutely delighted!

We were prepared to place the amazing record of Mr. Culver’s productive year as president of that professional group, in Pat’s car after the meeting. The grown up “little girl who so admired her father” turned the table on us. She wanted it to be a part of the collection of the Culver City Historical Society. And so it is. You can see the huge copies of pages in the Society’s Archives and Resource Center thanks to our city founder’s kind and giving daughter. We will make sure you get a glimpse during the Centennial!

Friends, thank you for all you do! 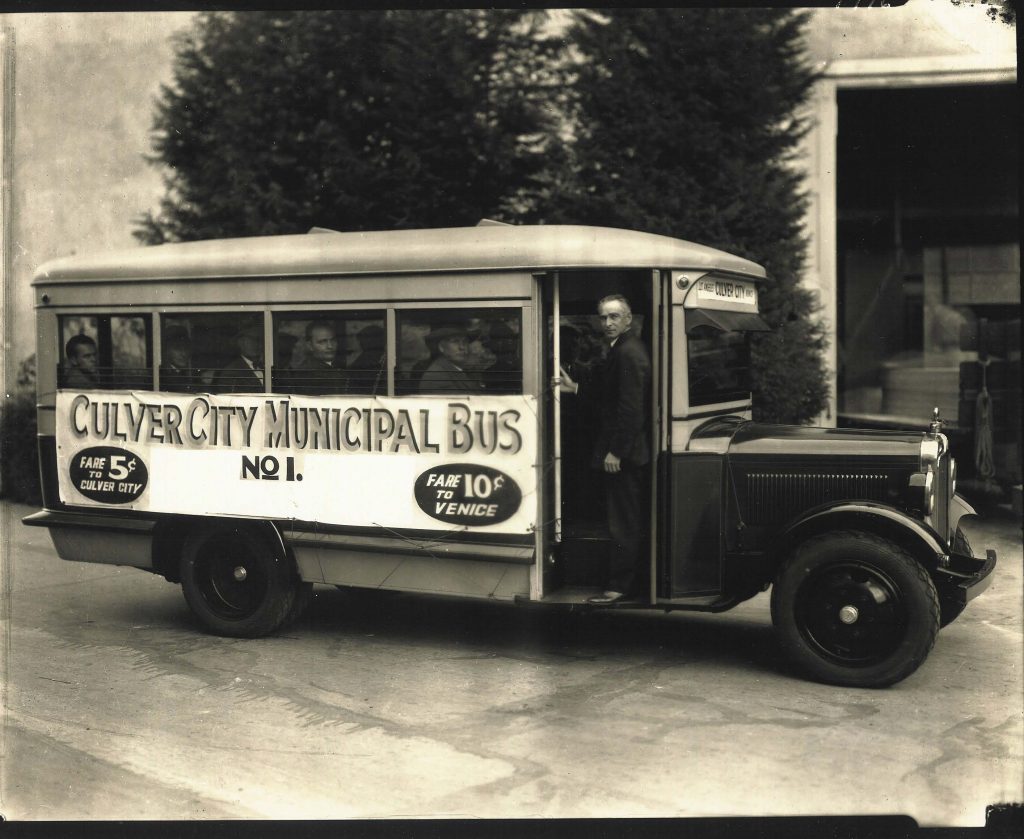 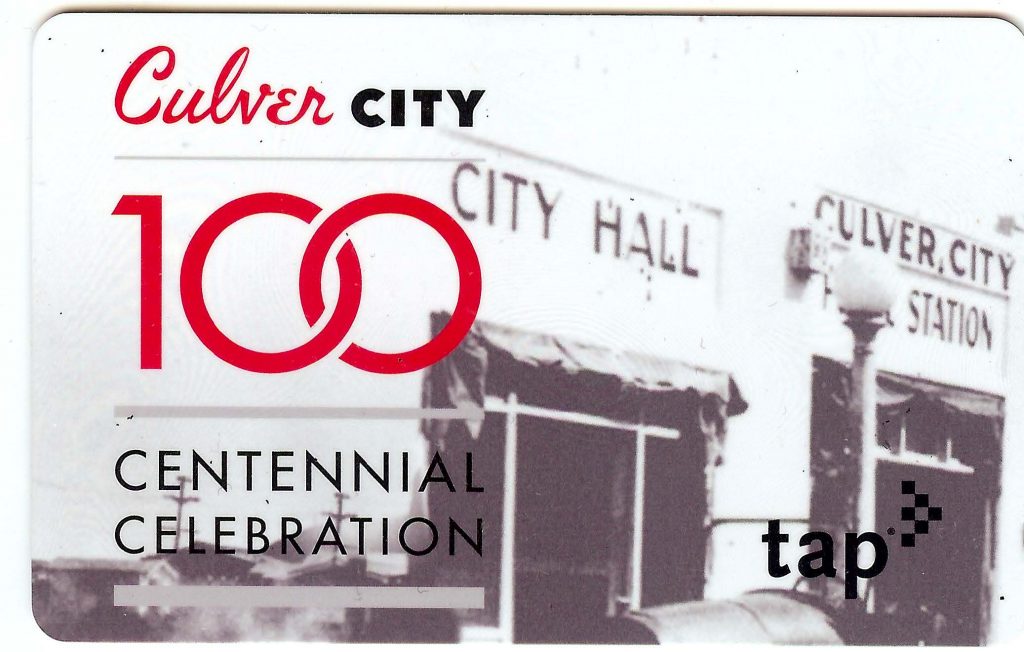 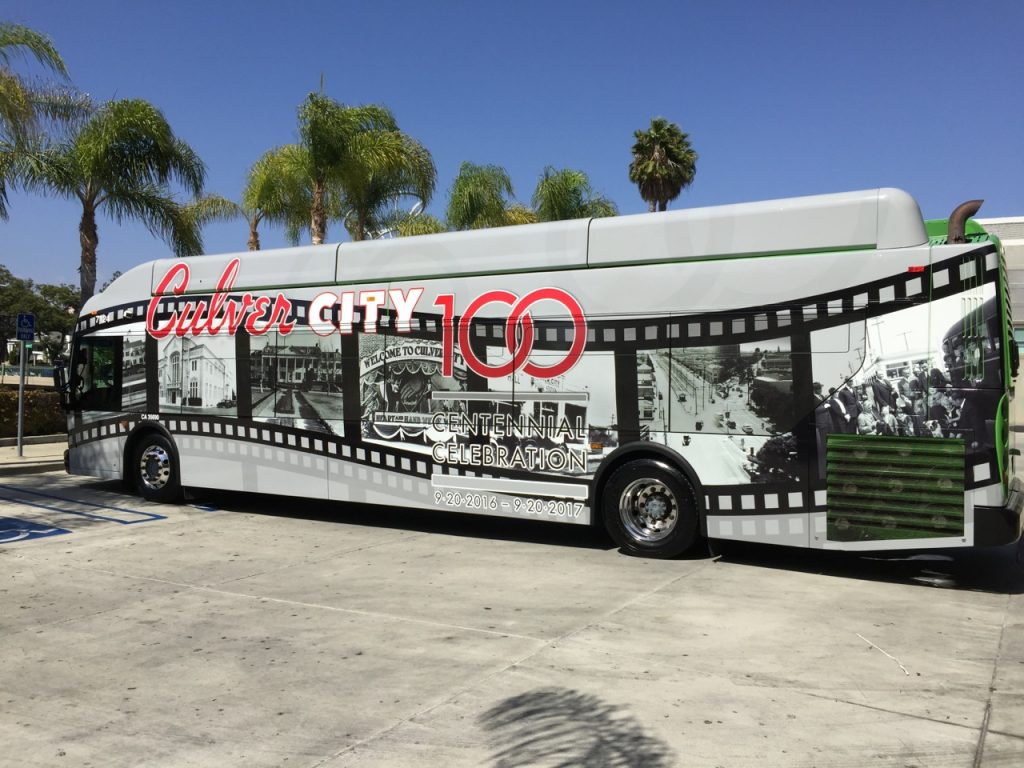 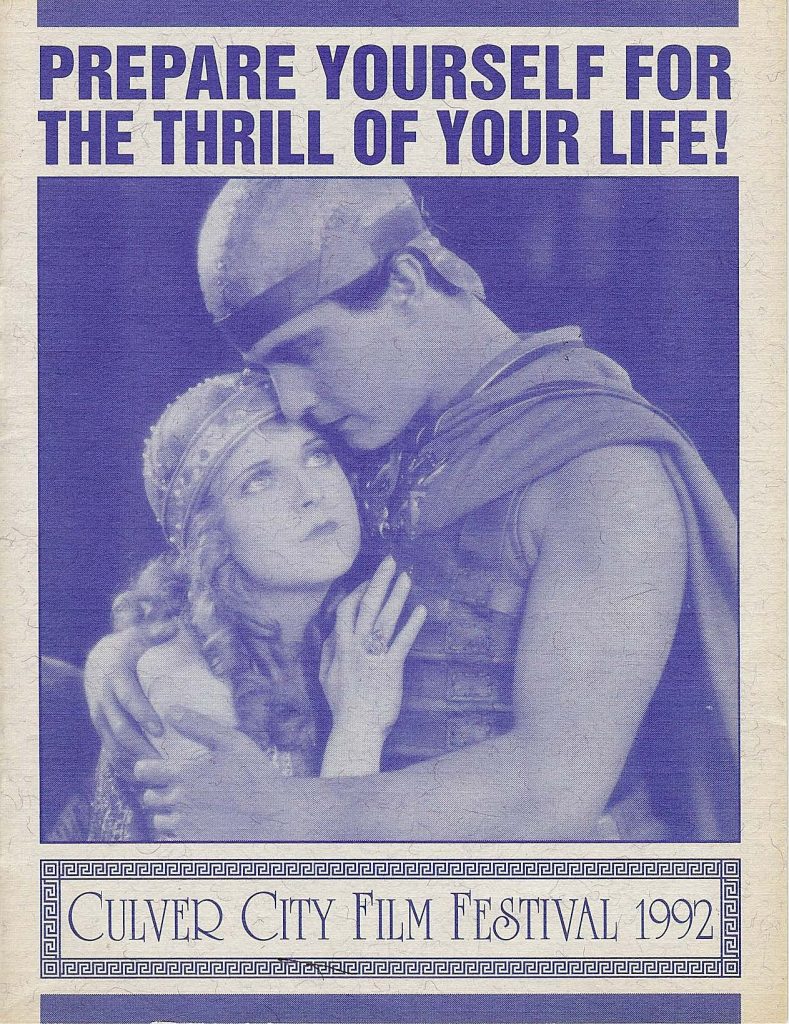 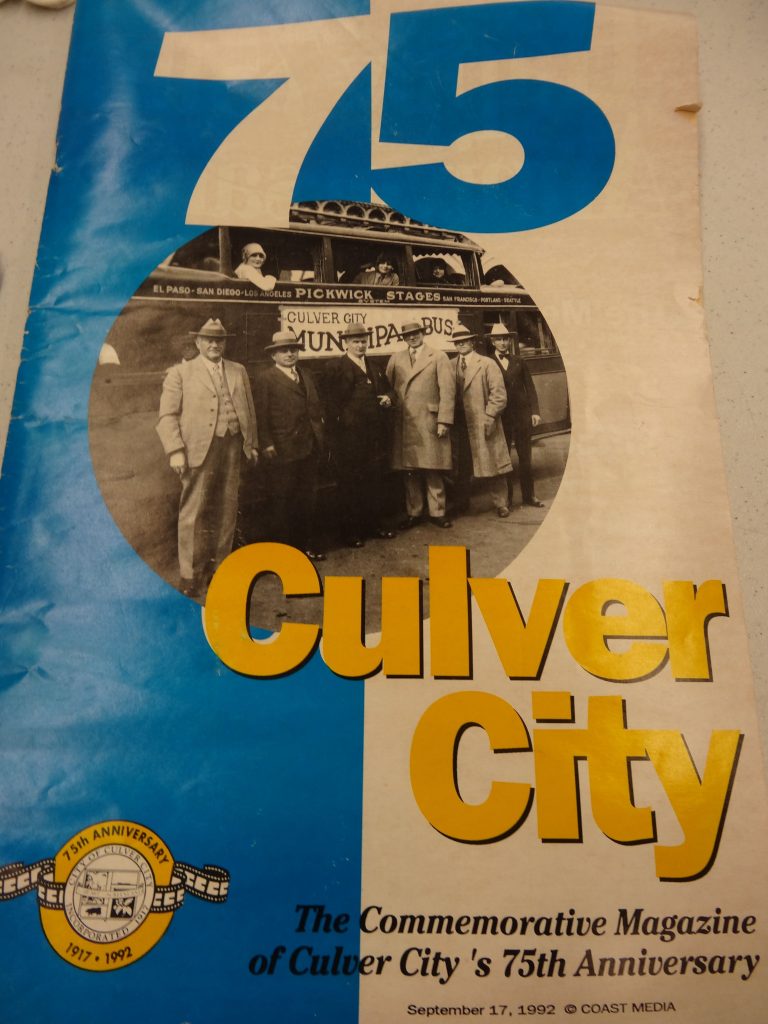 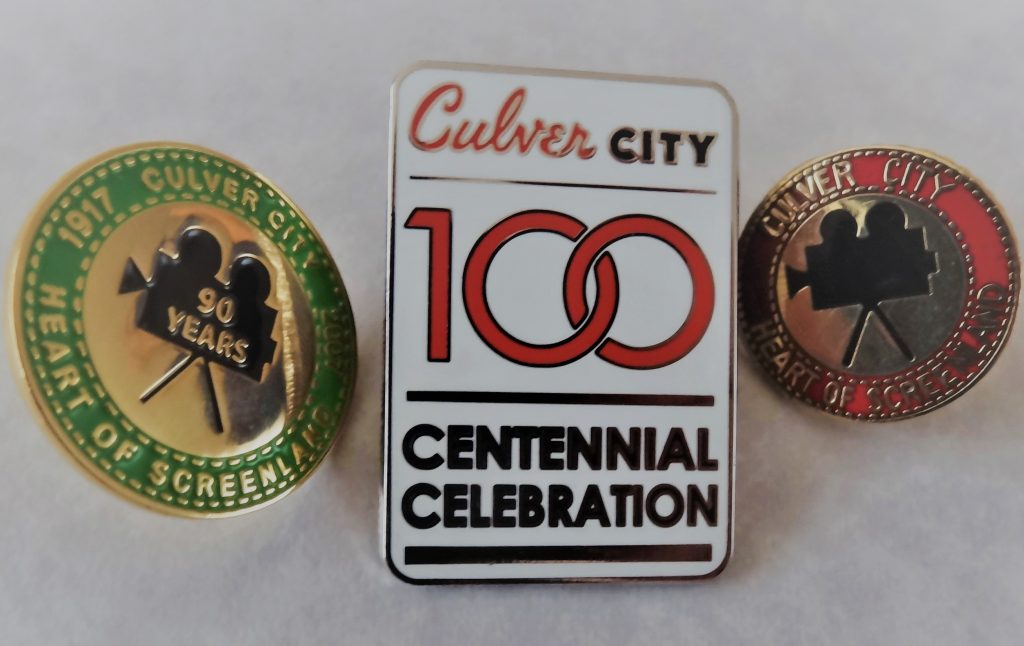 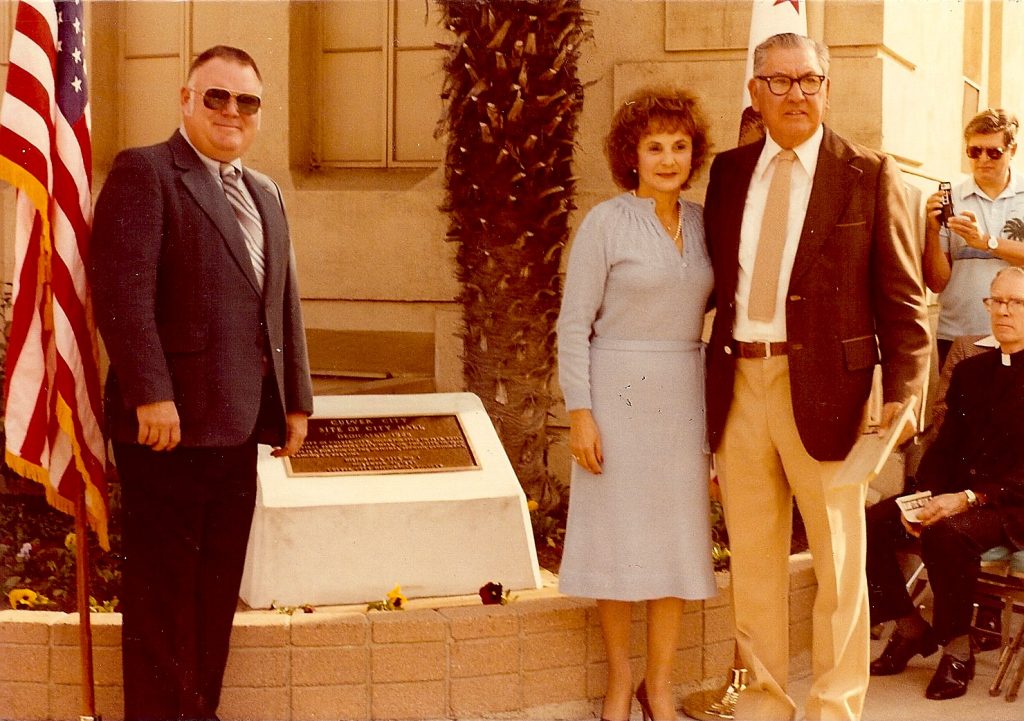 Walk With a Doc 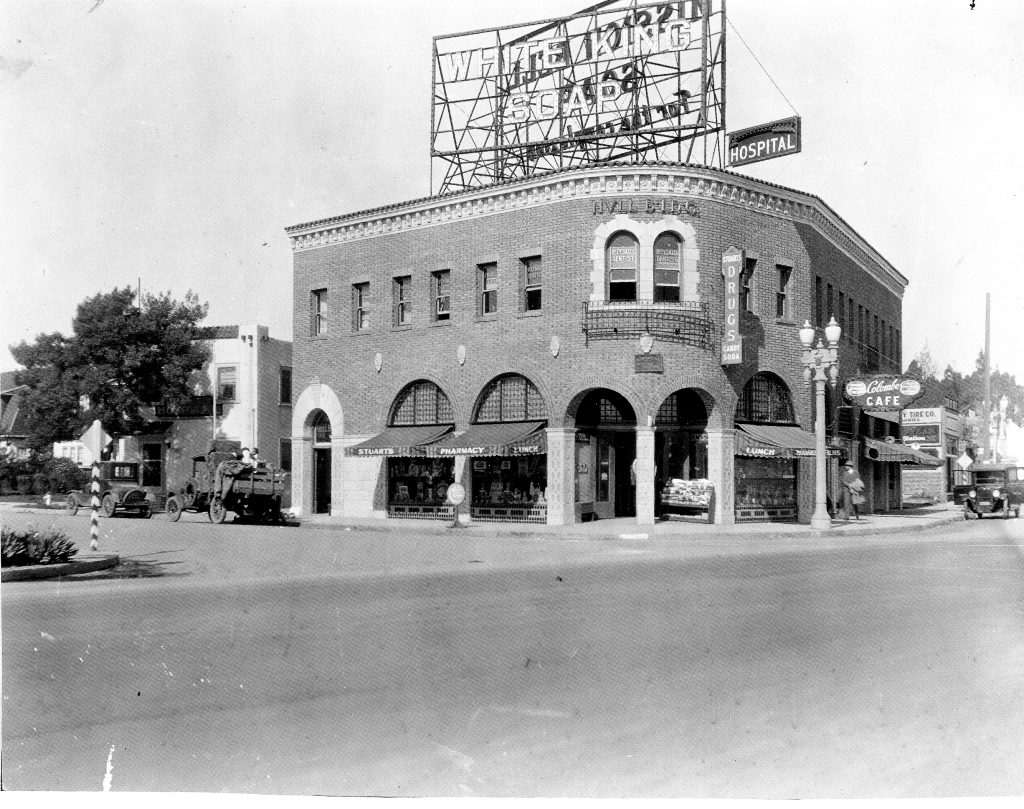 As you may be aware, “Walk with a Doc” started in Columbus, Ohio, and we are privileged to have an active program in Culver City thanks to Vice-Mayor Jeff Cooper, Jeffrey Penso, MD, Sarah Carpenter, MD, and Grace Elliot. The walks have traditionally taken place on the third Saturday of the month, from Veterans Memorial Park. After a warm-up with Brandon Webb, and pertinent info from one of the “Docs,” participants enjoy the suggested route at their own pace. 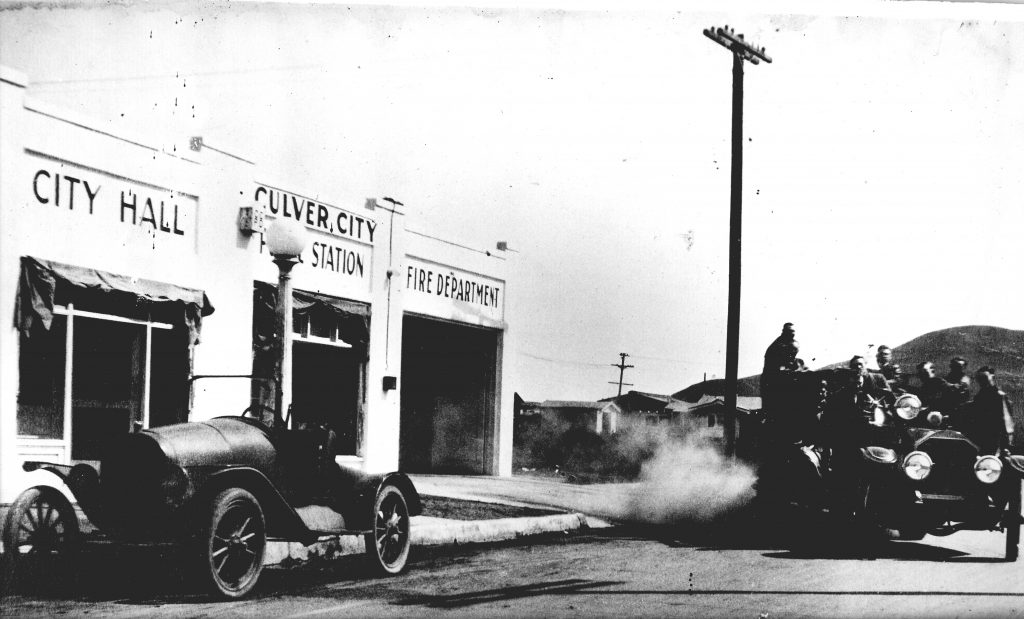 October 15, 2016, at 8:45AM, Downtown Culver City will be the first of these informative exercises! As your city historian and founding member of the Society, I am pleased to act as your tour guide. We will begin this Centennial walk from City Hall through Downtown. (Complimentary parking is available under City Hall). Culver City Historical Society docents will be stationed along the route to offer insight into some of the historic sites along the way. For example, past president Stu Freeman will be stationed at the Akasha restaurant entrance of the Hull Building. Stu will offer the Freeman family perspective, ownership that dates back to his grandfather’s purchase of the historic structure. If you would like to be a docent in front of another historic site, please call the Historical Society office (310-253-6941 or email info@CulverCityHistoricalSociety.org with your contact information). To get more information about being a walker in Walk with a Doc, check their website or Facebook page!