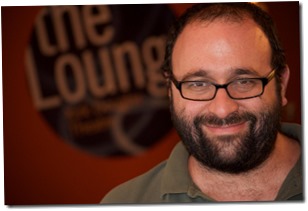 Sims, who is closely involved with the development and programs of the Kirk Douglas Theatre, will describe its metamorphosis from the former Culver Theater, a motion picture house, into today’s beautiful and intimate venue for experimental theatrical productions. He will explain how the theatre was transformed and describe the planning and technical work that went into this renovation. 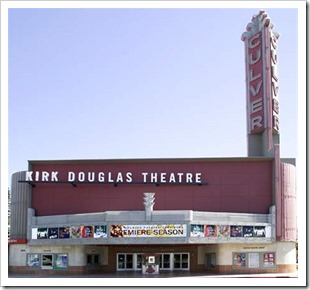 Sims will also disclose how the Centre Theater Group views and plans for its productions. His discussion will be illustrated with pictures and documents relating to the theatre’s history, renovation, and its landmark productions.

There will be a brief discussion of upcoming programs and projects, a report from the Society’s Nominating Committee, as well as updates on the activities and exhibits in the Archives and Resource Center (ARC), which will be opened following the meeting.

All members of the Culver City Historical Society and the public are welcome to enjoy this free program and students are encouraged to attend. The entrance to the Multi-Purpose Room is through the back of the building near the parking lot, and through the Archive & Resource Center space. 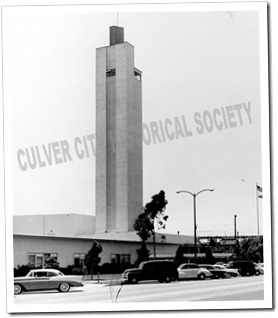 The Culver City Historical Society (CCHS) designated the Veterans Memorial Building as Historic Site #13 at 10am on Saturday, December 10, 2011.

The building, located at Culver Boulevard and Overland Avenue (4117 Overland Avenue), one of the most often-used structures in the city, has had a vibrant history, which is noted on the bronze plaque that is displayed in the front of the building and reads as follows:

Culver City purchased a major portion of this land, known as Exposition Park, in 1938. It was officially designated as Veterans Memorial Park on August 8, 1949. Bond financing of $550,000 guaranteed the construction of the Veterans Memorial Building on the corner. The original plans promised a “recreational building with a stage, restaurant, film museum, playroom, and a large gymnasium.” The “tourist tower” was designed to view “back lot” movie sets at Metro-Goldwyn-Mayer Studios across the street. The cornerstone was laid on April 15, 1950. The VMB was dedicated on March 9, 1951, with Goodwin Knight, Lt. Governor at the time, in attendance. The Gold Star Mothers were guests of honor. This structure, designed to serve the entire community, once included a “Tower Restaurant.” The entry proudly exhibits a growing number of markers, placed to honor and remember veterans who served our country, and who fought for our freedom in many wars.

Native Americans traversed this land before it was claimed as a portion of Rancho La Ballona in 1819. The Spanish Period yielded to Mexican control, followed by California Statehood in 1850. This site was part of the original land acquired to incorporate as Culver City in 1917.

The VMB was renovated in 1980. At that time, a number of changes occurred, including the rounding of the Garden Room (formerly the Tower Restaurant) wall for a mural and installation of glass to view the adjacent patio. Most notable from the outside was the placement of a sculpture on the Overland/Culver corner, a stainless steel work by artist Natalie Krol, “Filmstrip USA” dedicated in 1981. Rooms within have been renamed to honor our sister cities.