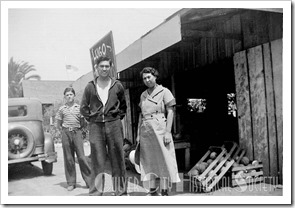 This was the last of the old ranches to be subdivided on property that was originally claimed as part of Rancho La Ballona by the Machado and Talamantes families. Mercurial Lugo and his wife, Rita Reyes Lugo, raised their family of eight children there, the youngest of whom was active community member and Police Capt. Charles Reyes Lugo. Mercurial Lugo was the Zanjero / Sanjero (water overseer) for the Ballona Water District, which  regulated the irrigation water for local farming. The Lugos had a corn stand and also grew beans, barley and a multitude of other vegetables. The property, which housed a small golf course and range as well, was developed by R.J. Blanco in the mid-1950s. The marker was dedicated in 1992, (planter at Cota and Jefferson). 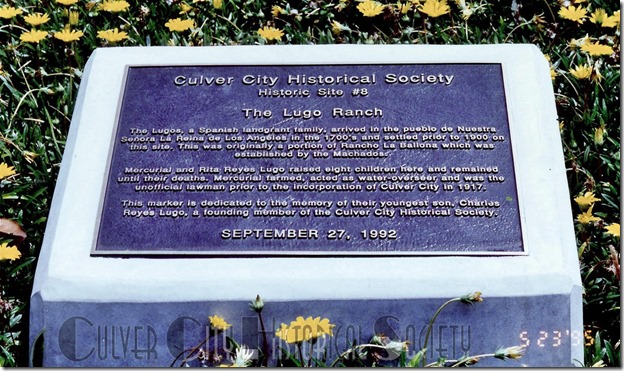